Annalisa Fioretti | The determination of a lifetime

Describing Annalisa in a few terms is not easy: she is a mountaineer, a surgeon specialized in respiratory diseases, a high-altitude physician, a mother, a researcher and an active promoter of social activities. We had a chat with her to learn more about her journey.

Let's do a quick recap of your beginning: where did your passion for high altitude and mountaineering start?

My passion started with my grandmother, who was born in 1912. She loved to climb and in order to do it she used to take the bus from Brianza to go to the Grignetta Torrioni area. What has always struck me is that in the pictures there is her wearing a skirt and this has always fascinated and motivated me. So, from an early age I started going to the mountains and in my college years I enrolled in medical school and then I did my master's degree in high-altitude medicine.

My first engagements as an expedition doctor were in 2004 in Pakistan and in the Concordia Circus and two years later in the Cho-Oyu climb. Two incredible experiences that made me realize that I also wanted to climb. My first expeditions as a mountaineer were in 2011 on Gasherbrum II (8,035 m) - where I was involved in two rescues at 6,000 m but, due to pneumonia, I had to return to Italy - and in 2012 where I was invited as an Italian representative to the K2 climb of the Cesen route, a dream come true for me! Unfortunately, the expedition leader and friend Gerfried Goeschl died two months earlier on the attempt to Gasherbrum I and the expedition was cancelled. In 2013 I tried the first Italian female climb on Kangchenjunga (8,586m) as the expedition leader. I beat track all night but at one point I had to turn back because of some frozen fingers. I didn't make it to the top but I still got to achieve the Italian women's record on this mountain by reaching 8,450 m. Kangchenjunga is a really tough expedition: on that occasion 5 out of 10 people died. However, it didn't end there, in the morning during the descent, I met 4 people who could no longer descend and so I decided to help them. The descent lasted 72h, I fed them with snow and some bars I had in my backpack while I only ate snow. Once I came back to Italy, I was diagnosed with a splenic infarction, so I had to surgically remove it.

In 2014, I attempted to climb the Lhotse (8,516m). The fall of a serac killed 25 people and this caused a blockade by the Nepalese government so the expedition was declared suspended. In 2015, the expedition was blocked again by an earthquake and I had to intervene as a doctor. After that event, the Canadian doctor who worked with me received a medal of valor from his country, while here in Italy everything went unnoticed. Finally in 2021 there was what I call the "rebirth" expedition where I attempted the Pik Lenin climb in Kyrgyzstan.

It almost seems as if some force did not want you to get to the top. You didn't lose heart, though; in fact, you started a second life, correct?

Yes, correct. In 2012, while with three friends (a Canadian, a Danish and an American) I was trying to climb the GI to look for Gerfried's body, I met Greg Mortenson, the writer of "Three Cups of Tea," who introduced me to Sakina, a 5-year-old Pakistani girl with a severe heart disease. I thus took action to spread the word about her case, that we were able to raise the amount of money to have her operated in Italy and make her come back to her country. It was a very enriching experience and one that I carry in my heart. In her I saw a hope for the future, a young girl with a desire to study and learn, and I could not help but support her.

In 2014 I started doing medical camps in Nepal. The situation was really extreme, the only hospital there is in Kathmandu. There are really a lot of obstacles, from health care to food, because due to the hilly and mountainous areas, it is difficult to practice agriculture and water is not easily available. Later, I met an NGO that I still work with and for the past 4 years we have opened an infirmary for women victims of violence in honor of a friend of mine from Cai who is unfortunately no longer with us. 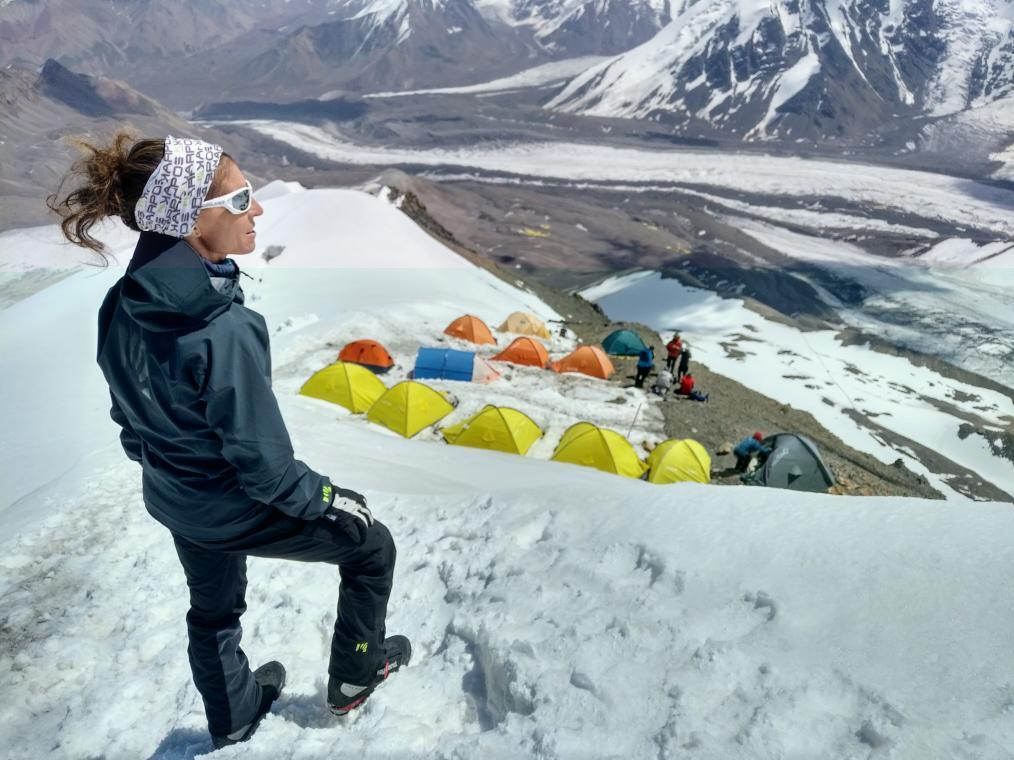 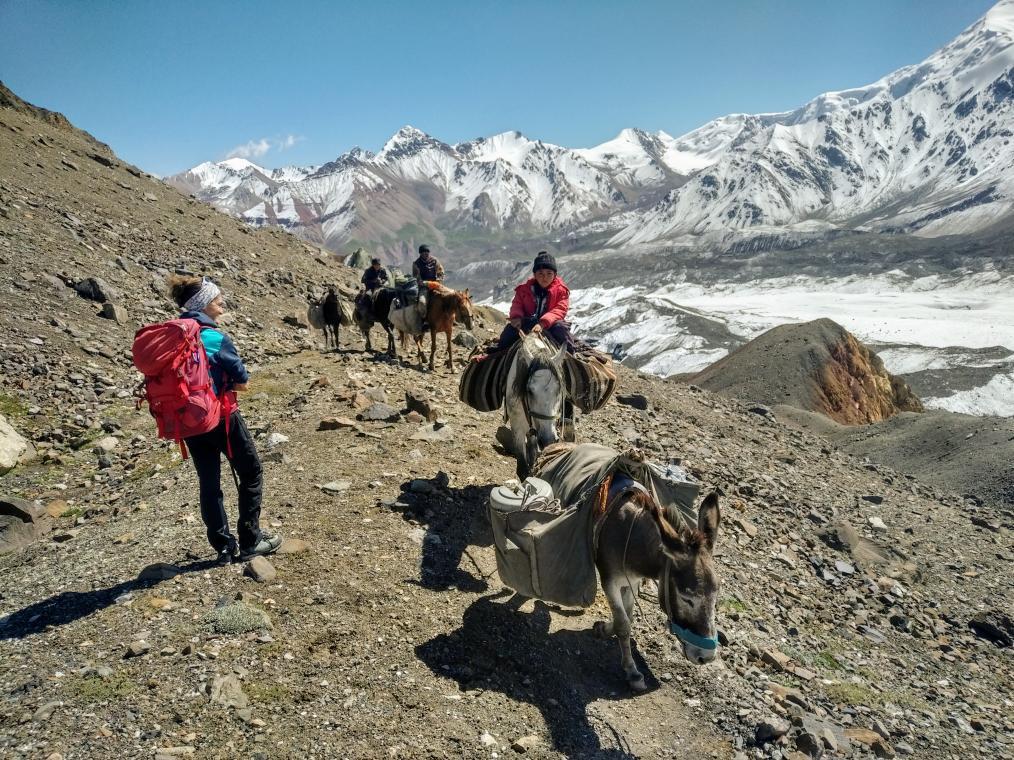 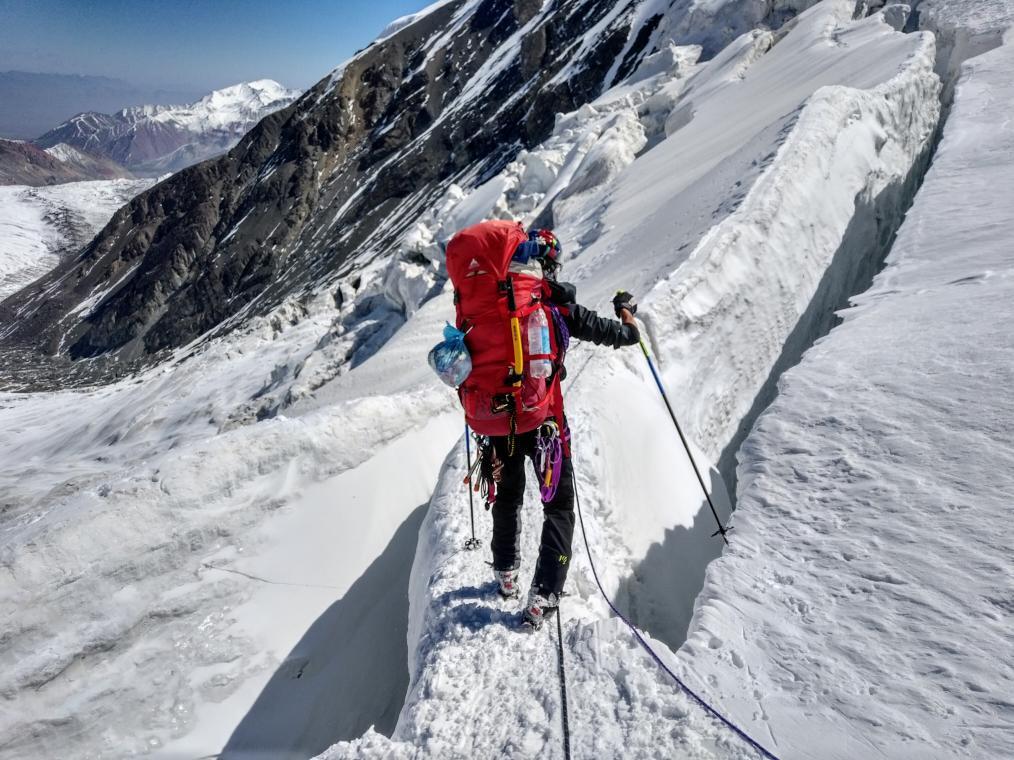 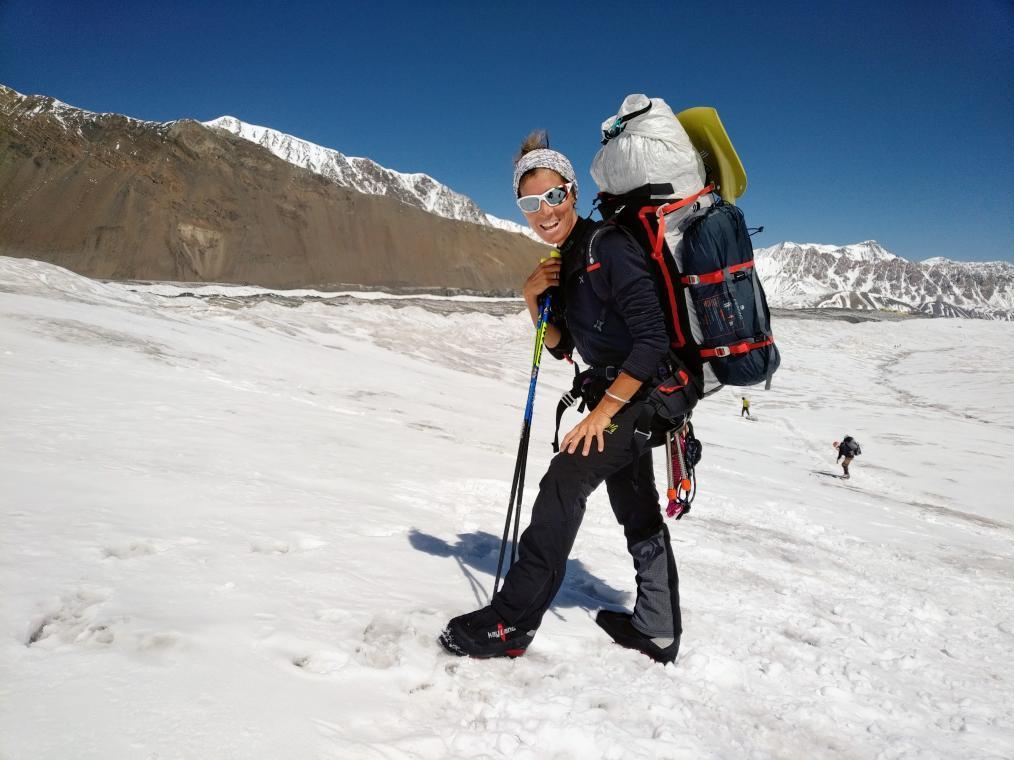 Do you think somehow your medical training has helped you overcome the many challenges and maybe saved you at times?

Absolutely, it saved me and helped me save other people. Not everyone who attempts the 8,000 m is a professional, but also normal people who train a lot and save money for years to be able to face up these ventures.

The dangers during such major climbs are so many, what do you think drives a person to undertake such a challenge?

For me it is half a medical and half a mountaineering drive. In the beginning it is pure curiosity, then comes the desire to take your limit further. The feeling when you climb is of survival instinct, the exhausting fatigue makes you want to come back down safely, and so you experience the emotions later, when the survival instinct ends.

Climbing 8,000 m is the dream of many professionals and non-professionals. What is the necessary training in your opinion?

Training for an 8,000 m is a little more intense than normal but still in the line of the one for the lower heights. You can just train for high altitude there, you start by getting to 5,000 m and after that you rotate up to the different ranges. At some point when you have no more symptoms - you have no headaches, you have found your wake-sleep cycle and you feel good - you are ready to climb. It usually takes 2 months to climb these giants - K2 and Everest - even 2 and a half months.

One of the biggest problems with these shipments is the large amounts of waste. How do they get disposed of?

You usually pay a fee to the agency handling the shipment. This deposit is very expensive and it is only returned if you bring back all the waste. Unfortunately, nothing decomposes at altitude, and this can cause not only unquestionable environmental problems but also real inconvenience for those who are there. Just think that the water for cooking is taken from the glaciers, so if it is polluted there is likely to be general discomfort: there are expeditions which have been cancelled for this reason.

It is a beautiful passion but also very demanding, taking you away from home for long periods of time. How did you balance it with family?

To tell you the truth...it was complicated! I started climbing before my children were born, and after they arrived we came up with a blog to read in the evening, they called it "the cinema." At one point I took away a puppet of my daughter, I loved having it with me, I was suffering from the distance with them and it was a way to feel closer to them. When I was able to take them to Nepal, they understood why I was away for so long: knowing new places and cultures enriches you like few things in the world, and now they also want to experience, travel, discover, and I am really happy about that.

In your opinion, are there enough women doing what you do?

Mountaineering is definitely a male environment. In recent years, many women have been working to prove that we can climb as much as a man, I always carried my 25 kg backpack myself! In my opinion, climbing an 8,000 m is more a matter of head than training, and women are generally stronger in this. On the other hand, I can tell you that being few in number has given me the opportunity to make beautiful friendships. I remember an Iranian mountaineer who took this path exactly to become a promoter of empowerment in her country and to show that men and women can be equal.

Let's talk about Kayland: how is your experience with the brand and its products?

For high altitude, I had the pleasure of trying the 6001. I must say that I really enjoyed them, they are comfortable and above all they keep the heat well. I suffer a lot because of cold hands and feet and with other footwear I had never been able to solve this problem, but with Kayland I never had cold feet. To get used to the new fit I used them on several hikes between base camp and camp 1 even with more complicated trekking activities, considering about 16 km of ups and downs and I still felt very comfortable.